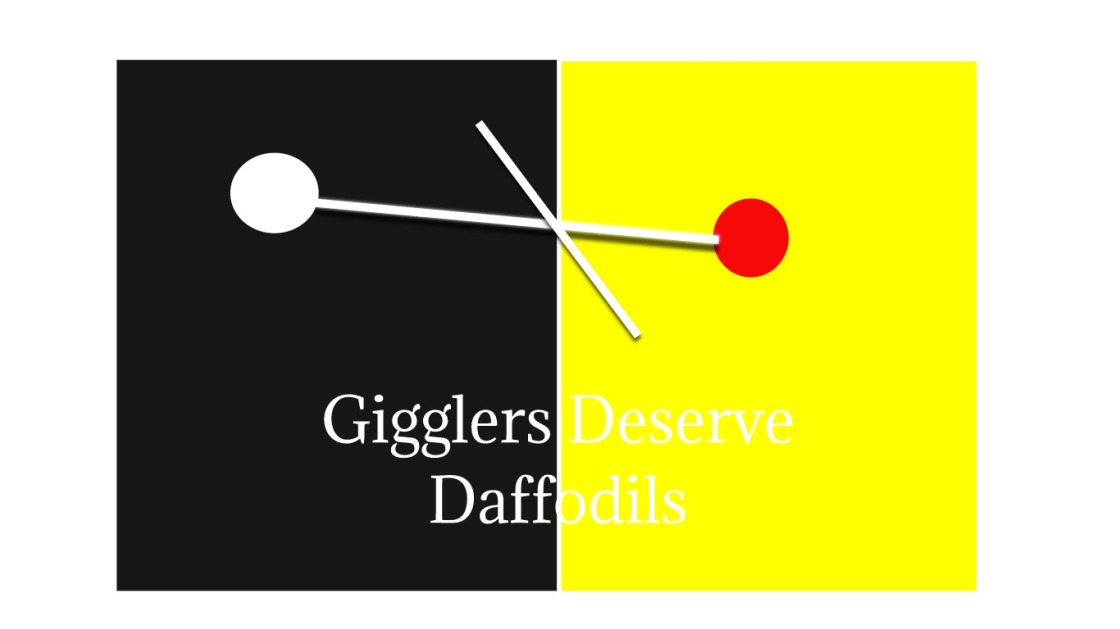 The people in the window were looking at me. There were at least six of them, tall men and short women. They had their noses stuck to the glass. Why do you look at me such much thought I.

I was watering the yellow flowers, daffodils I think, with a dropper when a bomb went off in my head. Because I heard a giggle and it was coming from my bedroom.But it’s ok, bedrooms are supposed to have giggles.

Sweet, soft giggles should come from rooms with beds. Especially from under sheets on beds in rooms. But you see, the thing was that I wasn’t in my bedroom and the giggle was coming from there and that made me feel a little scared and that is why a bomb went off in my head.

So I continued to water the daffodils because that is what a person does when they hear a giggle waft from their room and also because I like watering things. I lifted my hand to scratch my nose but it wouldn’t lift. How absurd. So I tried the other hand. Same thing. Doubly absurd.

I wanted to know what it could feel like to giggle in someone else’s room. But first these hands, why wouldn’t they lift? I looked down and saw them strapped to the arms of a chair. And those people in the window kept looking at me instead of helping.

I remember the scent of those flowers and that of freshly-cut grass. I had forgotten to lay down my gardening kneeling pad and so my normally smooth pasty knees were covered with criss-crosses and green.

I wonder why our skin doesn’t have more interesting patterns on it. I mean if lines must appear as we grow into middle age, the least those lines could do is be interesting. I wondered if whoever wass giggling in my bedroom gets lines around her mouth when she giggles.

She probably does because it would be kind of hard not to. The only way you could avoid getting lines around your mouth was if you never smiled or frowned and in order for that to happen you would need to be dead.

People that giggle in other people’s rooms should be dead I think. And I think if I were to be able to make someone dead for giggling then I would bring daffodils to their funeral. Well the daffodils were watered now. And I could go check out the giggler. I picked a few daffodils just in case.

Why were those people looking at me with such distorted faces? Their eyes were wide open and their mouths bent into U shapes.

Then a man came into the room. His lips were set in a shape I would take if I were horizontal.. His eyes were not wide-open, just regular open. He covered my head.

“Did she get daffodils, please tell me someone put daffodils on her casket, all gigglers deserve that,” I said to him.